A nice adjustment of resolution in the Big Picture - and - To which "Degree of Usefulness" do we go? 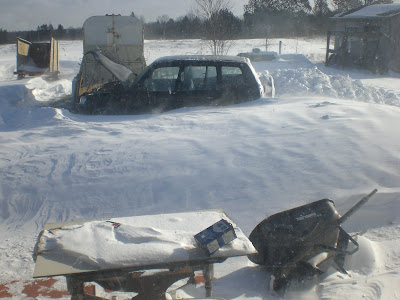 It's probably about time to write something. That's not to say there is not a lot to write about; but that there's just not the time to do it right.

My attentions have been filled with a wonderful mix of things which have all been complementing each other lately. School, work, German language study, bible study, household duties; and it's all had to happen in the course of recovering from a horseback riding injury (a sprained pelvis - I mean really sprained).

I just finished a most fascinating early part of nurse's training early on in my new career track; and that would be the Anatomy and Physiology course. And in a class where 1/3 of the students flunked out, I tied for the highest grade (a frequent "older student" achievement I'm going to guess).

I love the subject material. But more importantly, I am enjoying how my plans for a useful place in the nursing profession are starting to come into view.

Until two days ago I was determined to flunk out of medical school. I'm serious; while I already knew I wanted to go into psychiatric nursing, I was determined to first take a run at something that sounded even more interesting, psychiatric medicine, even flunk out if that is what it took to finally nudge the whole notion from my head; maybe then I could take "no" for an answer? The worst thing that could have happened is I would have been a psychiatrist. However, I feel that I could accomplish everything I need to accomplish as just a psychiatric nurse (doctorate). I could conduct psychotherapy (which is simply just reasoning with folks), I could prescribe many medications, and I could work in an area of intense interest to me.

Two days ago I think I caught sight of something far more interesting. My church (along with three other nearby sister Conservative Mennonite churches) have started several churches in SE Uganda in recent years. They've been eking along and, for me anyway, have been a source of real frustration. Almost to the point where I need to stop even thinking about it, and talking about it. Criticizing it. Until Wed. night that is, when listening to one of the brethren who had just returned from there give a report, I learned that one of the "sister church" members had a while ago come up with the grant of a few thousand dollars to provide one of the church members there, a Pakistani doctor who had had to flee Pakistan after writing a Christian book, with finances ample to start a small upstart medical clinic. And the clinic is going along very well.

This is the kind of nursing I have wanted to do. A Christian owned medical clinic in a desperate place. And then after hours, teaching the gospel with good Christian brethren whom I had really come to appreciate before they left. A great mini-barn builder and a terribly faithful fellow willing to serve the gospel.

Do you realize what a medical basket case Uganda is? Between diabetes becoming pandemic, A.I.D.s, and, with people generally suffering a lot of abuse from other machete wielding people, they are a physical mess. I've got Christian brothers who went over there with large families of small children to a dangerous and strange place, from building mini-barns, to now bumping along and getting run off of dirt roads all over creation, way outside of most peoples comfort zone, taking to the people a plain gospel.

My kind of folks.

Oh, that's all a while from now that I would go myself; and. . . I'm not ready now anyway! That is, not to do the kind of job I want to do. But it has given me additional perspective.

In a year and a half, I can take the LPN board exam, get pre-certified for Uganda, and, so as to not be tied down to a job here that I can't get away from for a month or two at a time, I will set one of these young lads here to taking care of my farrier customers while I'm gone. And try to arrange a local part-time nursing job.

Get over there, buy a laptop, a little elephant repellent, and continue on in my studies and writings.

And then in my spare time, finish up my registered nurse degree over here, and go on and specialize in psychiatric nursing.

Well that all opens the door to one more point. In most respects (at least, in all of the important ones), a theology degree is one of the most useless degrees of higher education that I can think of. In spite of what the halls of higher theological academia would desire us to believe, the bible can and indeed, is designed to, and, indeed, can only "teach itself".

Alright, there is one other good exception in which one may have adequate reason, good reason that is, beyond one having excessive amounts of spare time and intellectual resources, to spend time in "academic theology". And it's all exposed in Jude. That is earnestly contending for the faith, 'within' in the faith. In other words, disproving the false teachers among us who lose themselves, and the gospel, in deceptive,faulty academic reasoning. Don't forget, that while Jude starts out referring to ungodly people who have crept in, he finally moves on to the many otherwise godly men inside the church, who have all sorts of other personal agenda and biased teachings.

Jude makes it clear at the beginning of his letter that he is taking time out from the gospel, the message of salvation, to deal with other serious man-made house cleaning problems within the household of Christ.

Let me make it clear, for the sake of balance, that I humbly believe that I can take any academically based argument and shake it right back down to being resolved with only the Bible. The science(discipline) of Textual Criticism is very handy in helping to produce the best possible representation of the original manuscripts which we use, but the original text is still there with or without the specific science we used improve their organization. The message which is there handily pushes aside anything, such as a higher academic training, between us and God's revelation to us.

But just as I tell the Mennonites that we can't leave the Internet to the Lutherans or the Catholics, but instead are obliged to offer the plain gospel there; likewise, we can't leave the extensive tools of academia to be misused by the hucksters and word-spinners.

There are many who have gone to the underpinnings of man's wisdom, used the legitimate (and fun) tools of academic pursuit, have taken them, and have misused them to mislead others on behalf of their own agenda's and teachings, at Christ's great expense.

So yes, there are some inside of Christendom who have piled their own biased teachings so high with carefully crafted words and self-deceptive and tangled writings that it takes others trained in the academic arts to wade in and unpack them. Defuse them for the protection of others, and bring the gospel back to simply walking in faith and obedience from the bible, with an awe and respect for the love and the power of His Spirit which He freely gives to those who call on His name. And may their hearts be especially blessed for doing so. There is [a] degree of usefulness. But, going out to work each day as a workman, with capable spirit-filled hands and mind, as a highly trained bible-witness of God's knowledge and wisdom, and power, to a desperate world that couldn't care less about the academic God, is altogether apart from, even preeminent, and surely of a much broader usefulness, than trying to academically outwit each other toward our own complex and intellectually self-indulgent version of the gospel.

And on into the new calender year we go. 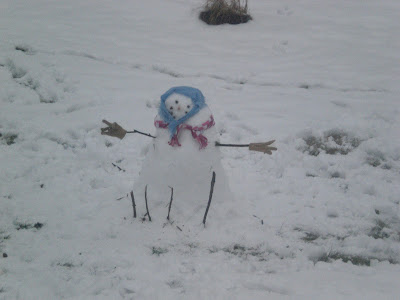