(So,) How far are those stars?

Let me borrow a few paragraphs from a classic children's Christian magazine we get at our house called Nature's Friend, http://www.naturefriendmagazine.com/. I wonder how many of the Conservative Mennonites out there know this magazine has a website (the plain folks that is - women wear head covering, congregations shy away from the internet, no musical instruments, etc.)? I just realized myself that they have a website. While both I and the folks at the Conservative Mennonite Church I attend love each other with God's rich abundant love, and, love the internet, I'm the only one who uses it. Well, who admits to it anyway.

What a fine magazine though, and here is what they had to say on, "How Far Are Those Stars?" September, 2010 (Oh man. . . they are rrrrreally far.)

We'll start by making everything in the universe a billion times smaller. Now the Earth is a bout the size of a pinhead, about .05 inches across (which is a lot bigger than a pinhead by the way) or less than 1/16 of an inch across. At this scale, the Moon would be less than 1/64 inch in size and would be 1.5 inches away. The Sun being much farther away, would be about 49 feet in the distance and would be about 5 1/5 inches in diameter. The planet Jupiter would be about 255 feet away from the Earth, Pluto would lie at almost 2,000 feet.

Now we are ready to go to the nearest star. This is where we take a big jump. Proxima Centauri, the star nearest to us, would be 2,470 miles away. . . "

O.k., this is where I need to get off until I can process.
Posted by Todd Saunders at 8:36 PM No comments: 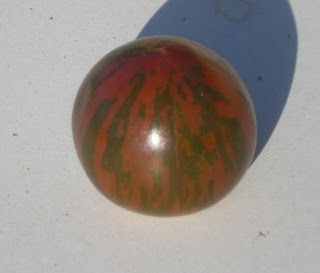 But, the voice is coming along. I have no idea if it will ever come around far enough. It's the only voice I have. It shows a little promise here and there. But anyone who knows me knows how stubborn I am and I've got another good ten years or so to keep at it. I've thought of having some muscles grafted from my biceps to the voice box. If not, then I would love to find someone else to sing on these piano pieces (even if). I had to redo each line in these tunes 30-40 times before I could get a take where my voice did not crack or jump around on me. But it's simply a conditioning thing and I have many hours of driving in my average work day during which to practice.

And the piano playing I miss. There's been no time for that for the last year or so. I will get back to that and will just have to fake it in the meantime. It does seem to stick with me well.

I Sing the Mighty Power of God
(With this tune I'm just trying to make the vocal presentable until I can redo the music - and if you feel adventurous you can check out the music that just recently has started to play when you open up the Home Page of my website at http://www.toddsaunders.us/ . There you will find a 'little too-speedy' new upstart recording of this tune.

Question: Affect on arterial cholesterol level after eating approximately 6 hardboiled eggs a day for one year?

1) 6 Eggs (farm-grown) varying in size and shape from, freakishly large(XXXL - can't even get whole thing in mouth at one time), to, very small(barely a mouth full - may just as well have two at a time).
Beginning with a couple in the morning, topped with one large dab of Miracle Whip (sometimes also a squirt of mustard or honey, maybe horseradish. . .), and then the rest throughout the day.