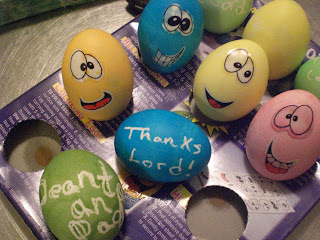 The Beauty to Me of God's "Foreknowing" and "Predestining".

I think God probably reserves the privilege of being spontaneous in His moment of decision making as He continuously goes about the authoring of all life. Spontaneous may not be the best word. But He already knows - you could say, foreknows - what He wants. I picture then an omnipotent and omniscient God (an all-powerful and all-knowing God) having infinitely sufficient means to pull off whatever He needed to pull off in order to achieve His pre-determined end result. I suppose He looks down on the whole realm of possible courses of action and choses, or, in the absence of any good possibilities to chose from, just "creates" His own possibilities; foreknowing already, what He wants, all of the possiblities that will present themselves, and then, exactly what He needs to do to get there to His chosen outcome. Enacting right now, in the moment, things of the moment, having prepared them from the beginning of time, and preparing then, as well as now, for things nearly an eternity away.

Of course this would have to be a gross oversimplification. But I truly believe that, in part, the process could go exactly as just described.

We know God does have a different relatioship to "time" than us, but exactly how, we don't know. It's one of those things we can't know yet. We do know His relationship to us is "living and active".

Heb 4:12
For the word of God is living and active and sharper than any two-edged sword, and piercing as far as the division of soul and spirit, of both joints and marrow, and able to judge the thoughts and intentions of the heart.

I'm convinced that the present and future may be almost as fresh to Him as it is to us; "fresh" being "newly brought into being". Things in the present must be the product of a fluid and ongoing process of Him effecting a Plan. Or no?

The end plan being a "new" product of ongoing deliberation, preparing, pre-planning, deciding, predetermining; all the while knowing ahead of time what outcome He will bring into being.

There are almost an unlimited number of ways to get from Rhinelander to LA. Leaving Rhinelander one could go over through the Twin Cities and then head west. Or go down through the Quad-cities and over. Or down through Atlanta and then over, or over through Tokyo, or Spain and then Butte, and then over. The possiblities are vitually endless. That seems to me to be the range of possibilities that God is confined to. Infinite. Limitless. Any way He wants to get there. Possibly the more scenic the better.

We all know that much has been created beforehand by Him for us to walk in. Of course, that leaves a huge dynamic of possibilities as to "how" that actually "is", and "was", and "will be".

Well I was given cause to put down in words what I envision personally as the sort of base process for God's enacting all of the details of His plan. This is nothing more than a bunch of whimsical chasing after something I can't know for sure. But I've also got to believe it's basically a sound foundational position from which to view God's enacting of His plan. It's all nothing but fear and wonderment for us anyway, cradled within the context of God's great love for those who want to know Him and follow after His words.
Posted by Todd Saunders at 1:17 PM 2 comments:

Another Song of Mine

Well, here's the next one.

May the Sound of Thanksgiving He Hear
It may be able to be said that I'm doing the song a disservice by putting it out in early "rough" form. Let's not fret over it. This is my "information home" and this is who I am. There are more useful things to do than to take time to socialize with others on any less of a personal level. I am not a socially needy person, and when I do it, I feel like doing it in a meaningful way. So, check out my song.

I've been trying to wrestle it into something in the last week after playing it and giving it some space to grow for the last year now or so.

How interesting it's turned out. My goal has been to come up with something interesting to share with believers that exists within a scriptural context, and then get the attention of some unbelievers when the opportunity presents itself as well. Wow, I've got a long way to go. And there is truly a whole lot of experimentation going on with this one, especially in the "recording techniques" department.

I'm not unsatisfied with the words but many of them will change. For instance, the white horse itself does not conquer but it's Rider conquers. For the most part I wanted to get some adequate words down so I could finish building the song. Some I will change and rearrange. I don't really think the last four words of the song work, but on the other hand their meaning is almost perfect for me.

Just though I'd share it. Lots more to be done with it but I've got to move on to the next one now while continuing to allow the time for my skill level to continue to grow. It's very time consuming getting these things recorded, hopefully this will suffice for now.

Your great abundance Lord is pure and true.
Which the radiance of Your Son has lit my pathway to.

Those precious living Spirit given things that only come from you.

Then they go back from whence they came.
As the fruitful lips of thanks, giving praise to Your name.

You’re the potter we’re the clay.
We are what Your hands have made.

2.)
Behold Your anger You have turned away.
And restored us to the peace for which we first were made.

You have granted when in faith we come that no one then gets turned away.

Apart from You we wither and we fall
But when joined to you we stand within in Your all in all.

(Chorus)
As Your Word performs its purpose here
And as its finished work returns to Your ear.
May the sound of thanksgiving You hear.

Abiding in my heart Your gladness through
Brings a wonderment more powerful than wine that’s new.

You have rescued us from darkness, brought us safely to Your kingdom through.

Your truth is there to say the course.

Who conquers faithful and true.

The anointing you have given me has healed my soul.
From Your power that’s within me now Your seed does grow.

And the garment which You’ve clothed me in Your spring of living waters flow.

Your mercy is the shade by day.
And by night your flaming fire castes my fears away.

And I am finally whole.

We are what Your hands have made.
You’re the Potter and we’re the clay.
We are most wondrously made.
So, may the sound of thanksgiving You hear.