Here's one I've been waiting to get at.

Here is his website at the University of Notre Dame -- you will notice that he's been dead for a few years -- and here is his article that I'll be using to get the ball rolling(if the link does not work then go most of the way down the page to Marriage, Divorce and Sexuality, and click on "One flesh Until Death...). It's a very useful piece of insight into what the Bible says about divorce/remarriage/adultery. An exciting topic.

I will also bring in at least two passages that he does not, which will be John 8, the woman caught in the very act of adultery, and the woman at the well in John 4.

We've gotten to the point that most of us accept divorce and remarriage, but do we know why? And how? My goal here is to broaden perspective, and stimulate thought.

I will get to it in the time to come, but first, I have to pass an entrance exam by 10 days, put out by the National League For Nursing, in order to get into a pretty good nursing program. And then, if I flunk it, I'll have to wait another 6 months before I can retake it; and if I pass it, I'm going to be that much closer to being an RN. And then, with roughly 10 more online courses, I'm told that I can have my bachelors in nursing, after which I will go on through some Seminary or the other and get my license to preach.

Read ahead and get some footing for a discussion (...perhaps just a monologue) on divorce, remarriage and adultery.

Probably not a favorite subject.

Posted by Todd Saunders at 8:41 PM No comments:

What Part About "The Fear of God" Don't I Understand?

Why not? It says to fear the Lord in the New Testament, plain as day, several times.

I just don't get it.

Primarily because something greater than fear is here.

God's new covenant does not explain to us how or why to fear the Lord. And it does tell us why 'not' to fear Him. More inconsistencies? Contradictions?

It does at times reiterate the fear that the nation of Israel was governed by. But then Christ came with the gift of grace. Deliverance by His own sacrifice in return for faith. An assurance apart from the Law. And apart from ethnicity or nationality.

The same way James telling us that 'faith without works is dead' - and presumably then so are you if your faith isn't accompanied by the requisite works - does not mean that it takes faith plus works to equal salvation. Algebra comes to our rescue. We are saved to God through faith. (Did you know that several mainstream branches of theology can be disproved through simple algebra?)

Let's divide the word(fear) rightly. There are at least two different Greek words translated as "fear" in our biblical manuscripts. Probably more. Doesn't matter. Let them all mean 'fear'. Being afraid.

But now, something greater than fear is here. It's the grace of God. The free gift of lovingkindness in exchange for desiring God. Not desiring eternal life only, for he who seeks to save his own life will lose it, but for desiring God. Loving Him for what He has done and why.

In Ephesians 4, Paul gets on his knees before the Father and prays that we understand this. In his words, that we 'comprehend' and 'know' this. The depth of Christ's love with which He is calling us back to Him. Being rooted and grounded in love. This is where the power is. God's power toward us that resides in our inner man. His Spirit. And it's not the Spirit of fear. It's His amazing grace which has it's beginnings in His amazing love.

The spirit of fear is something that dates back to before each of our personal conversions. We are told to have a memory of it. When we were sons of disobedience. Before we heard and believed God. Before we knew and comprehended the gospel. What part of the gospel? Simply that God has visited us in Jesus and wants our attention.

What is left of fear as a believer. Either love castes it out or it does not.

Is what we are to fear now actually ourselves 'falling back into unbelief'? Not absolutely. Perhaps, if that's the way we feel, then it is ourselves we should fear? Not God. Then, if that is what happens, it seems there would then have to be a falling 'out' of love, and then a falling back 'into' fear. Wouldn't it? It should. But can you have both at the same time? Can the two exist together? Surely, in the nation of Israel it did, but they did not have Christ?

And there's much more to be said. But fortunately no hurry. My clothes are done. I'm at the laundry. Thank you Lord for Wi-fi and a little extra money to be able to afford a laptop. I discovered what Wi-fi is at the laundromat and then two hours later I owned a laptop. Well actually my credit card company owns it. Yikes.
Posted by Todd Saunders at 12:20 PM No comments:

Agate and Bond Falls, UP Michigan 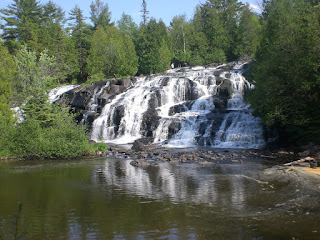 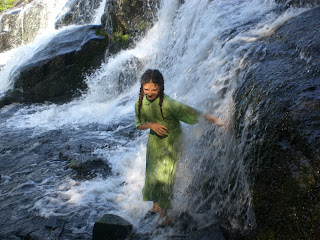 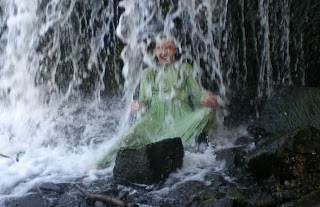 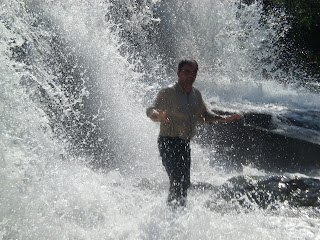 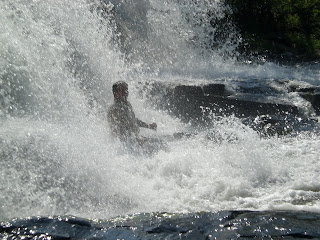 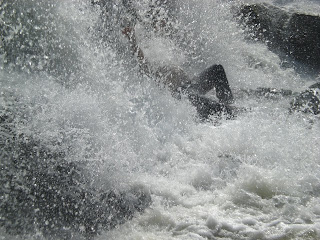 And then I was worried something like a log was going to come over the falls and land on my head so I panicked and got out.
Posted by Todd Saunders at 9:11 PM No comments: